Best known for hosting New Providence’s best strikers and bowlers, the Cricket Club oval located in the heart of Nassau was given a major facelift, transforming into football gridiron just in time for Super Bowl 53.

On Sunday, February 3rd, scores of football fans turned out for the island’s biggest and best Super Bowl party courtesy of Bud Light and its local distributor, the Bahamian Brewery & Beverage Company.

Known island-wide for offering its fans premier entertainment experiences and of course great beer, the brewery backed event was the party of choice for game day revelers.

Each one showed up dressed to impress in their game day paraphernalia, for the epic showdown between the Los Angeles Rams and the New England Patriots in Atlanta.

“When you think of the Super Bowl there’s no other beer brand that comes to mind except for Bud Light” explained Bud Light Caribbean Trade Marketing Manager, Manuel Bartolo.

“For this high stakes game, we wanted to give our Bud Light fans the feeling of being as close as the 20-yard line, all while enjoying the great taste of Bud Light.”

In addition to providing the perfect environment for Super Bowl party-goers locally, the Bud Light brand also successfully made the game day wish of one lucky fan a reality by sending him and a guest to the game held at the Mercedes Benz Stadium in Atlanta, Georgia.

“We love the opportunity to give back to our loyal customers and this trip to the biggest football game of the year, was another great opportunity to do just that,” said BBB Executive Marketing Manager Wellington Seymour, who accompanied the winner and his guest, helping them document the entire experience.

“We ran the promotion over a two month period giving Bud Light drinkers the opportunity to enjoy their favorite beer and enter to win. It was as simple as filling out the info card attached to their purchased six-pack.”

For Mario Tynes, the winner of the Super Bowl Sunday prize package, news that he was headed to see the action live came as a complete shock.

“I actually thought it was a prank call” he joked at the news of his win. It was the first time I’d ever won anything and the experience was beyond anything I could have fathomed.”

Tynes’ name was chosen from thousands of entries giving him and a guest a full access ride which included airfare, accommodations, exclusive NFL and Bud Light merchandise and of course a never-ending supply of Bud Light beer.

“I got to experience two major concerts, cold beers at every turn, amazing food and of course the surreal feeling of being in the Super Bowl Stadium” he gushed.

“I’ll never forget this experience or the company that afforded me the opportunity. I’ll just also have to embrace my beer belly”.

The super bowl celebrations were a culmination of a months-long promotion which also sent a group of 13 to Bahamian fans to watch the Dolphins play the Patriots live, in a thrilling game which took place at the Hard Rock Stadium this past December.

The Lucky thirteen from The Bahamas were among winners from across the region, they joined other Bud Light winners from the US Virgin Islands and Bermuda.

Not only were the lucky winners treated to game tickets, but they received the full celebrity treatment; complete with private dinners, Bud Light paraphernalia and access to exclusive Bud Light Tailgate events at the Bud Light Back Yard Party.

“This promotion was the perfect way to close out a phenomenal football season” said Bartolo, “and fans of our brand can continue to expect a super product and a super experience at every single game.” 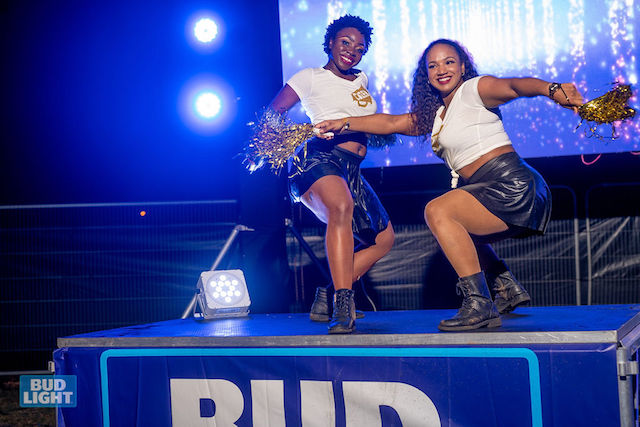 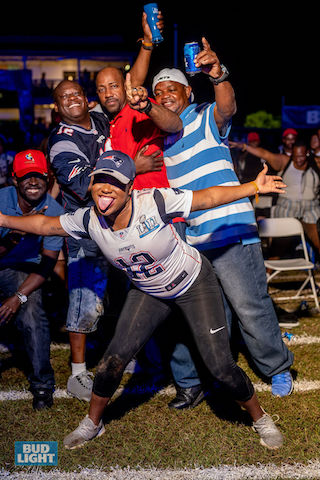 These fans were in full celebration mode as they watched their favorite teams face off during Bud Light backed Super Bowl Party at Nassau's famed Cricket Club.(Photo courtesy of Javear Cleare for Barefoot Marketing) 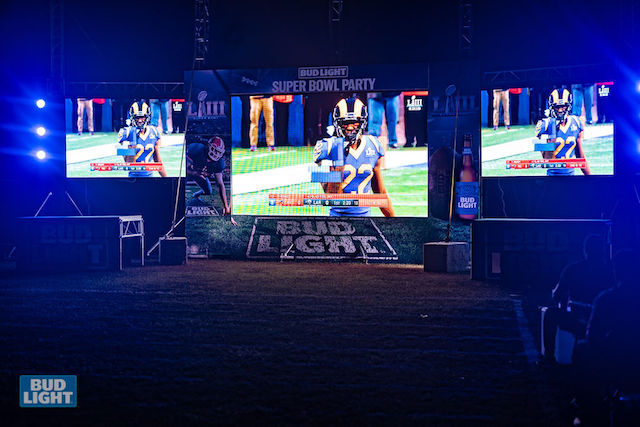 The famed cricket field was transformed into a football gridiron to give fans the feeling of being on the 20-yard line while watching the game.(Photo courtesy of Javear Cleare for Barefoot Marketing) 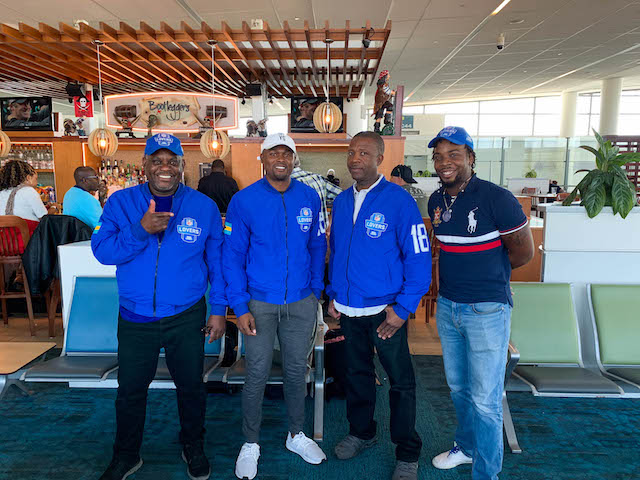 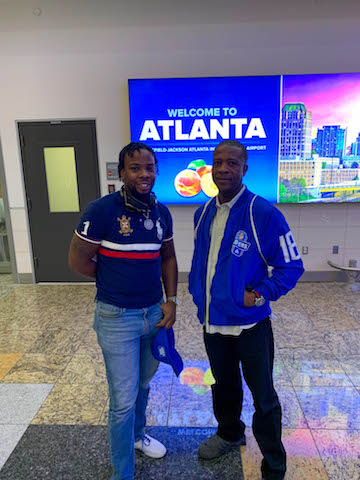 Bud Light Super Bowl Promotion Winner Mario Tynes and his guest Ricardo Walkes arrive in Atlanta ahead of the Super Bowl Sunday showdown between the Rams and the Patriots.(Photo courtesy of Javear Cleare for Barefoot Marketing)