Bahamian Doctor Named to Cleveland Clinic's Glickman Urological & Kidney Institute in Ohio, #1 Facility in the US

In what is believed to be a first, a Bahamian surgeon has been named to join the faculty of the Cleveland Clinic's Glickman Urological & Kidney Institute in the United States, a facility that is part of the award-winning Cleveland Clinic in Cleveland, Ohio.

The honour is being bestowed on Darius Unwala, M.D., who will take leave from The Princess Margaret Hospital and Doctors’ Hospital, where he has served as a consultant urologist since 2011.

He specializes in treating kidney and urology-related conditions, including sophisticated, minimally invasive laparoscopic and endoscopic procedures. 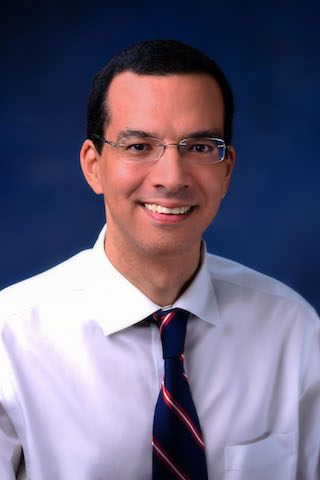 Dr. Unwala has been sought after by some of the most prestigious hospitals in the United States over the past several years.

In addition to his expertise in urological procedures, Dr. Unwala is considered among the premier reviewers of the academic medical literature.

He has written numerous editorials on a wide range of subjects in urology and was recently named a Top Reviewer for the Urology Gold Journal, a designation reserved for a select few.

According to a source close to Dr. Unwala, the decision to take leave was a difficult one. “Darius has dedicated his academic career, his knowledge, his medical life to trying to find better ways to treat those who suffer from kidney and urology-related conditions,” the source said.

“Given the extraordinary rate of diabetes in this country, the expense and nature of dialysis, he has always searched for a kinder, gentler way and perhaps his exposure to a facility that can afford the kind of equipment that is not available in a community as small as The Bahamas will strengthen his ability even more and allow him to return home with greater knowledge and some of the answers we all seek to deal with the scourge of kidney-related diseases.”

He serves on the Executive Board of Directors of the Cancer Society of the Bahamas and is a Director and Treasurer of the Brighter Bahamas Foundation, a non-profit dedicated to improving life, health and well-being through reading and wider availability of books for all.

She has practiced at both Princess Margaret Hospital and Doctors Hospital for several years. Dr. Rashmi Unwala will be taking up the post of Assistant Professor of Dermatology at the Cleveland Clinic.

Both Drs. Unwala will see their last patients at the end of this month and encourage all seeking records to contact their offices prior to December 31.

They will take up residence in Ohio – in the midst of January and snow – with their three children, Nikhil, Yasmin and Cyrus.