The technological advancements being made at the Public Hospitals Authority makes it an exciting time for health care in The Bahamas, said Minister of Health, Dr. the Hon. Duane Sands on Wednesday, December 5.

Grand Bahama Health Services celebrated its 20th annual Governor-General’s Visit, during which Her Excellency the Most Hon. Dame Marguerite Pindling was in attendance.

Also in attendance was Minister of State for Grand Bahama, Senator the Hon. J. Kwasi Thompson.

Minister Sands told the Governor-General that so much had happened at the facility since her last visit. “Clinically, programmes for patient care at the hospital and community clinics to improve access and outcomes have been strengthened. This was achieved with implementation of plans for capacity building for communicable diseases prevention and control in Grand Bahama by addressing improvements in staffing, training, clinical protocols, policies and procedures.

“Additionally, implementation of the plan to strengthen prevention, control and management of healthy lifestyles and chronic non-communicable disease programmes was also expedited.

“Operating Theatre Services were also expanded to include an increase in day cases with further plans to maximize usage of the facility by establishing an agreement with Princess Margaret Hospital Consultant Surgeons to provide visiting on-site surgical services; extending the operating theatre hours to 11:00 pm; and procurement of the relevant equipment and instruments for example to facilitate the Gastroenterology surgical procedures.”

Plans are also in progress to expand the Out Patient Specialty Clinic by 2019 to include Oncology, Men’s Health and Adolescent Health.

The Health Minister further explained that the Out Patient Services and General Practice Clinic have been relocated to the Freeport Community Clinic, housed in the I.A.T. Building, just opposite the hospital. The areas left vacant will be redesigned to house a private ward service at the hospital.

The new kitchen and cafeteria, as well as the connecting mall corridor, are in the process of being constructed and is expected to be completed soon. Minister Sands added that the spaces previously housing the kitchen and cafeteria will be redeveloped to house a new eight-bed public ward, as well as an Intensive Care Unit bed expansion and Isolation Room. An on-call suite for physicians has also been proposed.

The Radiology Department has received five Picture Archiving and Communication System (PACs) workstations. This new addition has a voice recognition/dictation feature, allowing for digital imaging to be uploaded in real time. It has been networked with Eight Mile Rock Clinic, as well as the Mammogram Unit in Davies House. These images may also be viewed by other networked facilities of the Public Hospitals Authority.

Additionally, he said, it is hoped a new CT scan machine will be installed in January 2019.

The nursing staff has increased by three with the addition of male Patient Care Assistants to help Nurses in the clinical areas, especially Accident/Emergency and Urgent Care. Twenty-two graduate Trained Clinic Nurses and nine Registered Nurses from the University of The Bahamas have also joined the staff.

Dr. Sands then mentioned the 12 Retirees who have served for 30 or more years. Respect was also given to those who recently passed on. 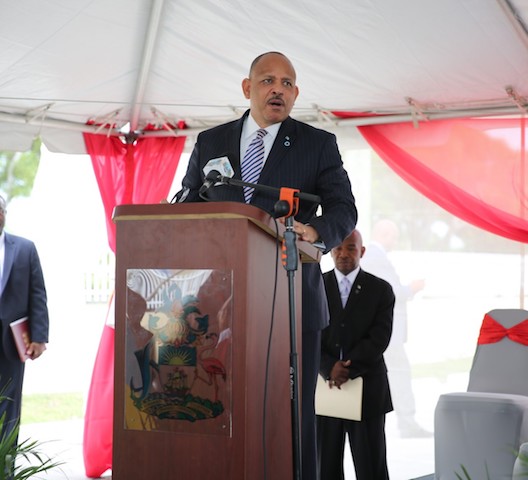 EXCITING TIME IN HEALTH CARE – Minister of Health, Dr. the Hon. Duane Sands, on Wednesday, December 5, said it is an exciting time in Health Care in The Bahamas with the technological advancements being made. Minister Sands was addressing the Governor-General’s 20th Annual visit to Grand Bahama Health Services. (BIS Photo/Lisa Davis) 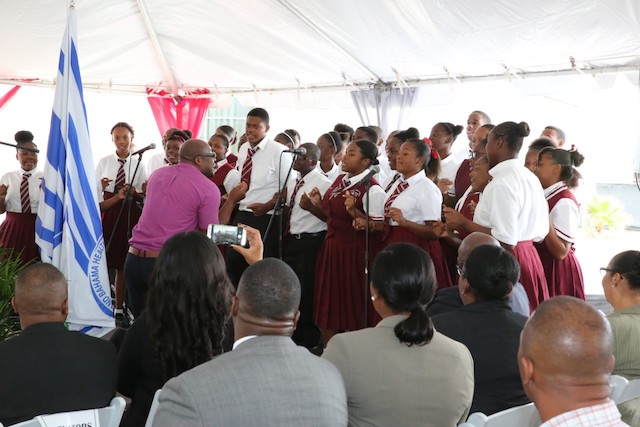