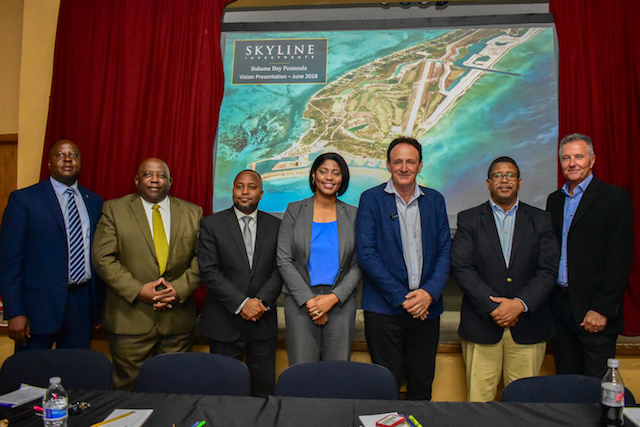 Skyline Investments, through Grand Palm Beach Acquisitions Limited, is currently negotiating a heads of agreement with the Government of The Bahamas to purchase 2,012 acres of real property located in the western section of Grand Bahama Island near the settlement of West End, and previously known as the Ginn Sur Mer Project. The new development will be known as Bahama Bay by Grand Palm Beach Acquisitions Limited.

The announcement was made at a town hall meeting to a standing-room-only crowd held in West End on Friday. Skyline Investments executives presented their plans to the residents of the historic local community, who responded favorably to the presentation.

Bahamas government representatives were also in attendance to listen to local residents and gather feedback on the 10-year development plan. Deputy Prime Minister, Minister of Finance and MP for East Grand Bahama the Hon. K. Peter Turnquest responded to questions, along with Minister of State for Grand Bahama and MP for Pineridge Senator the Hon. J. Kwasi Thomson, and Parliamentary Secretary of Communications and Information in the Office of the Prime Minister and MP for West End and Bimini Pakesia Parker-Edgecombe.

Skyline’s vision is to create a self‐maintained, secluded, high‐end, low impact innovation community that will provide residents and guests with an unparalleled Bahamian work and life experience. With pristine beaches and top of the line amenities, Skyline aims to create a vibrant community with healthy living and the pristine environment; Skyline will use modern innovations and green technology to make sure it remains that way.

Excitingly, the site is a stepping-stone into The Bahamas. A resident can have an appetizing breakfast at one of the site’s luxury dining options, shop at the central commercial district, visit a doctor in the nearby modern health facilities, all just a 30-minute flight from the on‐premises airport to the executive airport in Ft. Lauderdale.

To further capitalize on these benefits, a Smart City will act as a headquarters to high tech start‐ups, personal businesses, and consultancies. This well-appointed technology park will attract innovators from all over the world.

This development will be the first fully integrated green community in the Caribbean. Through its use of use of sustainable energy sources, recycling, highly efficient and low environment impact construction methods, this new development will be an enviable showcase of how new communities should be planned and built.

With over $2 billion to be invested, this project will enhance the West End community and help make western Grand Bahama a vibrant hospitality hub that all local Bahamians and tourists can enjoy alike.

Director of Operations for the West End project Derek Gape stated that the project will be in development over a 10-year period. Mr Gape explained that, following the signing the heads of agreement with the Government of The Bahamas, initial goals for the first 24 months of the project include: creating a new 120-room hotel with commercial retail spaces and amenities; redeveloping and reopening the West End airport; adding an additional 75 slips to the existing marina at the current Old Bahama Bay site; and, bringing the world-class golf course into full operation.

Mr. Gil Blutrich the chairman of Skyline said, “We are proud to have the opportunity to develop Bahama Bay and be part of the West End community. We believe that that this development will have a significant impact on Grand Bahama. We know that both the West End community and Skyline will grow together and become a major player in the hospitality industry in The Bahamas”. Gil Blutrich Chairman of Skyline founded Mishorim in 1990 and Skyline in 1998. Chairman, President and Main Business Development Officer. In 2004, he was awarded Ernst & Young's Entrepreneur of the Year in Ontario.

About Skyline Investments
Skyline Investments Inc. is a publicly traded Canadian investment and management company incorporated on December 4, 1998. Altogether, more than 15 years later, Skyline owns and operates strategically located throughout Canada and the US, and acres of development land. Winner of Deloitte’s Best Managed Companies award two years in a row (2013‐14), today, Skyline is a recognized top player in hospitality and resort communities. 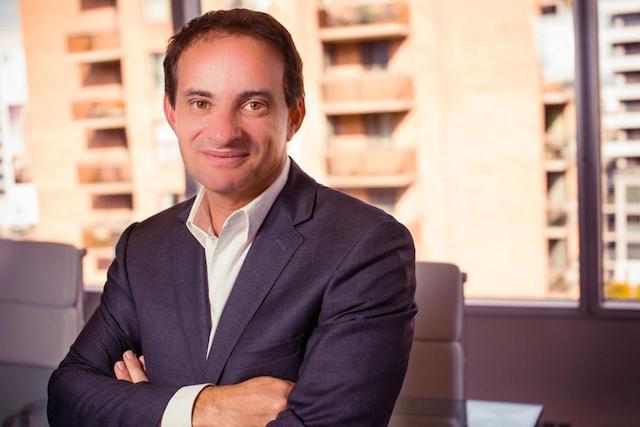 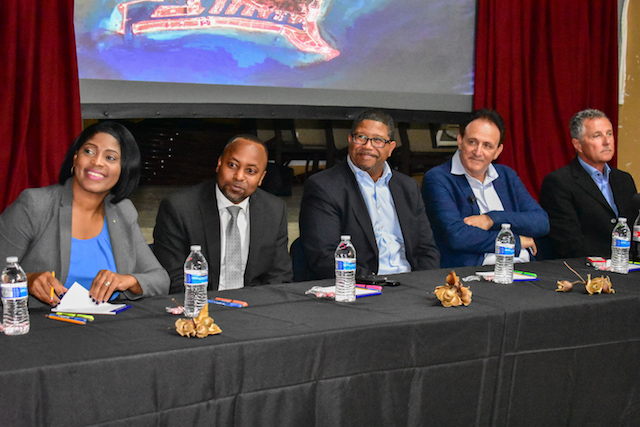 National government representatives were on hand with Skyline International executives to gather feedback and respond to questions from local residents of West End about the planned Bahama Bay project, which will include commercial retail, residential, hospitality and marina facilities. [Photo: Keen i Media Ltd] 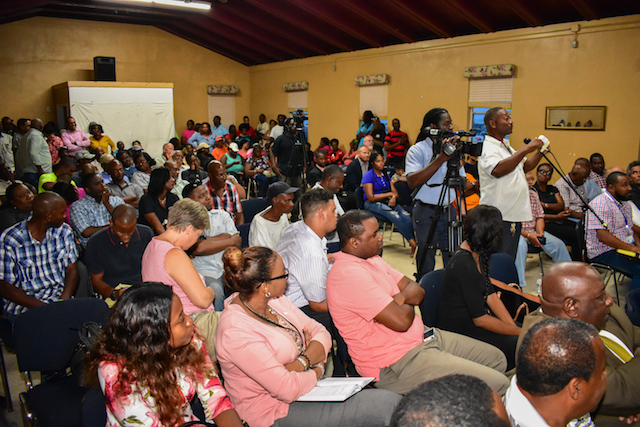