Mark your calendars! After three sold-out Gala Premieres, the hugely anticipated film “Cargo” will sail into theatres in New Providence in just a few weeks on December 1, 2017.

The award-winning film has captured the attention of the nation, with the film’s trailer going viral with more than 4,000 Facebook shares in just 4 days. Beginning December 1, the general public can view the largest Bahamian film to date at Galleria Cinemas or The Island House Cinema.

“It is incredibly exciting to see Bahamians react in such a positive way to the film,” stated Kareem J Mortimer, “Cargo’s” Writer and Director. “To have people react to every beat and every line of dialogue that you write, and receive it in the intention that you wrote it with is incredible.”

Written and directed by acclaimed Bahamian filmmaker Kareem J. Mortimer, this action filled human drama tells the story of Kevin, a Bahamian fisherman with a gambling addiction in Nassau, who takes a job smuggling Haitians to Florida in a desperate ploy to support his family. 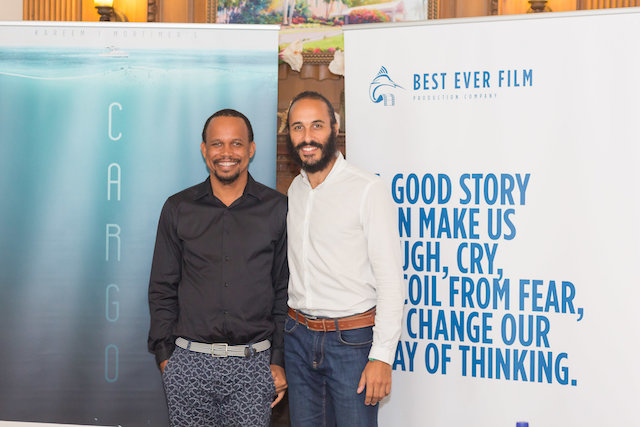 “Cargo is by far one of the best Bahamian films ever made,” stated Addis Huyler, Founder and Executive Producer of the Aliv Bahamian Icon Awards. “Kareem Mortimer and his team have outdone themselves in telling a story that is heart-wrenching, captivating, sad and triumphant all at the same time. I encourage everyone to go and see it, it changed my life.”

“Cargo”, produced by Bahamian production company Best Ever Film Ltd., won a 2017 Bahamian Icon Award ahead of its release as well as the Amnesty International Human Rights Award at the 2017 Trinidad+Tobago Film Festival.

More than 80 Bahamians worked on the film, serving as the heads of major departments including Locations, Production Design, Catering and Hair and Make-Up. Cargo stars talented Bahamian actors as well as established and recognizable British, American, Jamaican and Haitian actors.

“Cargo was amazing, I was blown away,” stated Bahamian filmmaker Lavado Stubbs. “The direction was amazing, the cinematography, the acting, the production design, everything was top notch. This film is going to really open up the doors for Bahamian and Caribbean filmmakers.”

“We are dedicated to promoting Bahamian film culture, and hope that as many persons as possible see the film and support this movement,” stated Alexander I Younis, “Cargo’s” Producer.

“Cargo” in New ProvidenceTheatres December 1 – Best Ever Film announces the theatrical release of the hugely anticipated Bahamian film, “Cargo” on December 1, 2017. “Cargo”, the largest Bahamian film project ever, premiered at a sold-out gala event held at Atlantis on October 19, 2017. The public can view the film at Galleria Cinemas or The Island House Cinema starting December 1. Pictured left to right: Kareem Mortimer, “Cargo’s” Writer/Director and Alexander I Younis, “Cargo’s” Producer