The Bahamas International Film Festival (BIFF) announced today that multiple Emmy® Award nominee Michael K Williams (12 Years a Slave, The Wire, Gone Baby Gone, Robocop) will be honored with the prestigious Shining Star Tribute at this year’s Film Festival, taking place December 10-17. Williams will be on hand for the special tribute and presentation at the Baha Mar Resort in Nassau on the evening of Sunday, December 17, The announcement was made by BIFF Founder and Executive Director Leslie Vanderpool.

Said Vanderpool, “Michael is true ‘actor’s actor’ who possesses an uncanny screen presence and charisma that have fueled so many memorable performances. In watching his amazing body of work, the depth of his acting is unmistakable and equally as memorable. Having him in The Bahamas to receive the Shining Star Tribute is a huge treat for the festival and the audiences who will share in the experience. We’re honored to recognize his amazing career at the Bahamas International Film Festival.” 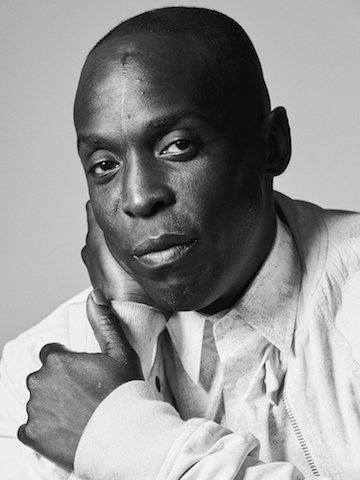 Michael Kenneth Williams is one of this generation’s most respected and acclaimed actors. By bringing complicated and charismatic characters to life—often with surprising tenderness—Williams has established himself as a gifted and versatile performer with a unique ability to mesmerize audiences with his stunning character portrayals.

Williams is best known for his remarkable work on The Wire, which ran for five seasons on HBO. The wit and humor that Williams brought to Omar, the whistle-happy, profanity-averse, drug dealer-robbing stickup man, earned him high praise and made Omar one of television’s most memorable characters.

He was recently seen in HBO’s The Night Of in the role of Freddy Knight, for which he received his second Emmy Award nomination for Best Supporting Actor in a Limited Series or Movie./br>

Williams previously received an Emmy nomination for Outstanding Supporting Actor in a Limited Series or a Movie for his role as Jack Gee in HBO’s Bessie.

In 2018, William will return as ‘Leonard’ for a third season in the Sundance Channel series Hap & Leonard opposite James Purefoy and Christina Hendricks. The six part returning series premiered to record breaking ratings for the network and rave reviews from critics and viewers.

Previous TV credits include the ABC limited series When We Rise from Dustin Lance Black and Gus Van Sant. He also starred in the IFC comedy mini-series The Spoils Before Dying alongside Will Ferrell, Kristen Wiig and Maya Rudolph.

His upcoming projects include Gideon Raff’s Red Sea Diving Resort, which chronicles the evacuation of Jewish Ethiopian Civil War refugees from Sudan to Israel in the late 1970s and early '80s.

Giving back to the community plays an important role in Williams’ off-camera life. He is working to launch Making Kids Win, a charitable organization whose primary objective is to build community centers in urban neighborhoods that are in need of safe spaces for children to learn and play. BIFF is looking forward to establish the Making Kids Win at BIFF 2018 and beyond Williams currently serves as the ACLUs ambassador of Smart Justice.

Williams also served as the investigative journalist and Executive Producer for Black Market, a documentary program that exposes and comments on illegal markets throughout the world with a focus on the people involved and connecting with them on a human level. Black Market is a flagship show for the newly launched network from Vice, VICELAND.

Born to African American father and Bahamian mother, Williams was raised in Brooklyn, New York. He began his career as a performer by dancing professionally at age 22. After numerous appearances in music videos and as a background dancer on concert tours for Madonna and George Michael, Williams decided to seriously pursue acting. He participated in several productions of the La MaMA Experimental Theatre, the prestigious National Black Theatre Company and the Theater for a New Generation directed by Mel Williams. Michael Kenneth Williams resides in Brooklyn, New York. Photo Credit: Max Montgomery.

About the Bahamas International Film Festival
The Bahamas International Film Festival (BIFF) is a nonprofit organization committed to providing the local community and international festival-goers with a diverse presentation of films from The Bahamas and around the world. In addition to showcasing films that might not otherwise be released theatrically, BIFF provides unique cultural experiences, educational programs, and forums for exploring the past, present and future of cinema. BIFF aims to raise the level of filmmaking, participation and education throughout The Bahamas and the world.

BIFF has created a legacy of excellence in presenting The Bahamas as a premier film destination to the international cinematic community. Apart from showcasing 1000+ local and international films, we have introduced our culture to more than 1 million film professionals and enthusiasts from around the world.