Arlington Lightbourne, M.D., has successfully reversed the symptoms of Diabetes 2 in a patient without insulin

For patients suffering from Type-2 Diabetes, the daily prick is as predictable as the changing of the tides. But the wave of wellness that is sweeping the medical industry may just be changing the way doctors treat diabetes.

And one local expert who treated hundreds of patients in emergency rooms at PMH and the private hospital in New Providence before dedicating his practice to preventative medicine and healthy lifestyles has already reversed the symptoms in a patient who is now insulin-free.

“It has been estimated that there are nearly 40,000 people living with diabetes in The Bahamas and another 30,000-plus who present with pre-diabetic conditions,” said Dr. Arlington Lightbourne, founder of the Wellness Clinic, Collins Avenue.

“Type 2 Diabetes simply means that there is too much sugar in the blood because the cells are not sensitive to the insulin which opens them up to let the sugar in.

This is called insulin resistance, meaning the insulin that the pancreas produces is not working, and for years, the treatment has been to either inject or increase the stimulation of insulin.

However, evidence suggests that the more insulin you have, the greater the severity of insulin resistance, which means ultimately the more diabetic you are.

“The number one cause of insulin resistance is insulin.” 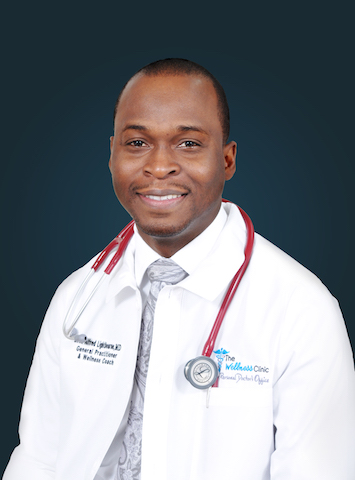 Dr. Lightbourne compares the increasing reliance on insulin for the diabetic patient to a repeated delivery of a product the recipient already has.

“Let’s say I delivered a 5-gallon bottle of water to your door. The first time I deliver it, you are grateful because you were out of water and thirsty so it was great,” said Dr. Lightbourne.

“But if I come back the next day and the day after and I keep offering water, you are going to send me away.

It is the same with insulin. The pancreas has no problem making insulin; the problem is that it’s not working.

Dr. Lightbourne states that the evidence shows that that the key is to decrease insulin (and cortisol) in the body by removing the stimulus for insulin production using nutritional and lifestyle interventions.

“This results in increased sensitivity by the cell to available insulin and that process begins to reverse insulin resistance,” he said.

“It just takes information and commitment on the part of the patient. And what patient suffering from diabetes 2 would not want to get better naturally?”

Dr. Lightbourne has reversed the symptoms in a patient whose diabetes was life-threatening.

“This was a 67-year-old man with extremely high blood pressure,” said Dr. Lightbourne. “Normal A1C (glucose measurement) should be below 5.7. His was 11. Most physicians, sensing the danger, would immediately put him on insulin.”

Instead, Dr. Lightbourne and support staff, including a wellness coach, got the patient to agree to a structured program including changing his dietary habits, increasing exercise and reducing stress.

He was never treated with insulin.

The changes in lifestyle were initially dramatic, but the patient adapted well and the results were outstanding. Today, said the wellness expert, the patient’s A1C count is 5.4 and his blood pressure is well controlled.

Another patient, one in his early 30s, suffered from clearly identifiable lifestyle-related issues.

“He had a very stressful job that often kept him at work until late. He would go home tired and hungry and eat a whole pizza before falling asleep,” said Dr. Lightbourne.

“So here he was, highly intelligent, very productive and extremely responsible to the company he worked for, but he was killing himself.

Not even 35 yet, he weighed in the high 280s, had very high blood pressure and type-2 diabetes.

We worked with him on a daily basis, a lot of coaching. He has lost more than 40 pounds, his diabetes is almost gone, and his blood pressure is now well controlled.

He feels like a new person, exercising regularly and maintaining a healthy diet. He looks great and feels great.”

“Everyone can do it, everyone can improve their health and well-being if they really want to,” he said.

“People think healthy food is expensive. The cost of a piece of fruit instead of a bag of chips is negligible by comparison to the cost of poor health in terms of morbidity and quality of life.

Once you start on the journey of living well, you will never want to go back. And the beauty is that when you are on that journey, it’s perfectly okay to ‘cheat’ once in a while and treat yourself to something really special.”