Glover-Rolle’s keen eye for talent has landed her a working relationship with actress/director Kim Fields and some of her talent has been casted for big names like, DJ Khaled, to name a few.

Now, she’s offering several incentives to those who want to be a part of the next big thing to emerge from the region while at the same time offering scholarships to help the talent get to the next level with Music, Model & Talent Showcase of The Islands.

“The Caribbean has been a breeding ground of talent for many years,” she said.

“Those with Bahamian heritage include Sidney Poitier, Zoe and Lenny Kravitz, Michael Smith, Klay and Michael Thompson and quite a few others.

Per capita, the region has produced some of the biggest names in the world when you consider the Marley dynasty and the countless numbers of hit-makers from Jamaica, or Rihanna from Barbados.

What if, all of this talent had a stage to be presented on, and those who were interested in helping them launch their careers could do so in a unique way? That’s what the goal of Island MMTS is all about.” 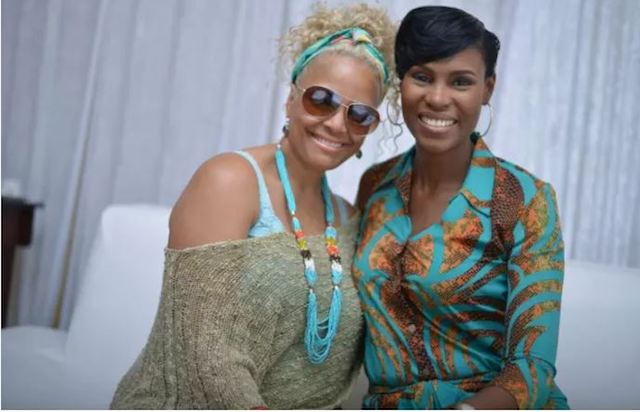 Glover-Rolle’s first event attracted several industry executives to The Bahamas for a week of scouting, showcases, networking and workshops. Talent came from 20 Caribbean countries including, St. Lucia, Trinidad, Jamaica, The Bahamas and even Cuba.

Though it was a success, she wants to expand beyond the United States and present more opportunities that exist in Europe, Australia, Africa and Asia. She’s also providing partnership opportunities with traditional media and social media stars/bloggers to report from the event in The Bahamas.

For as little as $1,000 there are limited VIP passes which include several incentives as well as accommodations for the week of Island MMTS. Other packages range from $50 to over $10,000 and are available for purchase through Island MMTS’ Indiegogo page on the crowdfunding website.

“It takes the crowd to fund things financially, but also takes a crowd to fund dreams and to show talent that we are your future fans and we believe in you enough to fund those dreams right now.

In supporting the full and partial scholarships, backers are helping talent from across the Caribbean – the models, actors, singers, songwriters, producers, deejays, dancers – get the access to the movers and shakers in the industry.

That way, they can benefit from the opportunities to network one on one with them and launch their careers.

We see what Caribbean talent has done on the world stage, but the truth is many can’t even fathom a career in arts and entertainment because of accessibility or affordability.

That’s what we are trying to change when we bring those who can make a difference in their lives to them, and provide the talent with the scholarships they need.

So for me, it’s not about crowdfunding but rather making investments to present the talent with scholarships that place them in the ideal environment to launch their careers.”