"The polls opened late but the advance poll is underway in the 2017 general election as Bahamians begin the process of electing the next government of The Bahamas. One of the sites for voting is Kendal G. L. Isaacs National Gymnasium in New Providence." 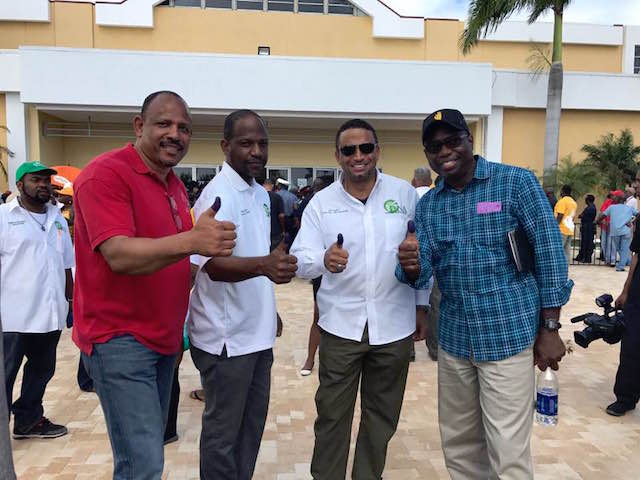 A SHOW OF UNITY IN A TIME OF DEEP DIVISIONS

Voting is underway in the advance poll as Bahamians begin the process of deciding who will govern the Commonwealth of The Bahamas for the next five years. From left are FNM Elizabeth candidate Dr. Duane Sands; DNA Deputy Leader Christopher Mortimer; DNA Leader Branville McCartney and PLP Garden Hills candidate Dr. Kendal Major.