THIRTY SIX, a luxury condo development on Paradise Island, is rising out of the ground ahead of schedule and without a single cost overrun more than halfway through the $30 million project.

“What is happening is the dream of every developer and every company financing a project,” said David Kosoy, Chairman and CEO of Sterling Global Financial, the award-winning fund administration firm partnering with Aristo Development Ltd. in the construction of the high-end residential building.

In November, when Investments Minister Khaalis Rolle toured the site with Sterling and Aristo the only things above ground were a vision and Bahamas-based Baker Construction’s heavy equipment sinking infrastructure and pilings below ground, work that began months earlier.

By late March, the glass, block and steel contemporary structure was up to the penthouse level.

“The efficiency, speed, workmanship, the delivery of promises on time and on budget on this project have just been incredible,” said Matthew Marco, Director of Sales and Marketing for Aristo, developers of the sold out Balmoral residential community on Sanford Drive and the $70 million luxury condominium development ONE Cable Beach.

“I’ve marketed projects in many locations around the world including elsewhere in The Bahamas and I don’t think I have ever seen one go any smoother than this.”

“We have just gone through a project that in many ways is similar to this so we knew what the costings were for the quality we wanted,” said Kinsale.

“That was a big help. Then having a partner like Sterling Global Financial with all its expertise in real estate construction and development financing is the dream of any developer.”

While construction progress has been “amazing,” according to partners, so have sales, they said.

“We are still about one year away from completion so to be just over 60% sold is well beyond projected budgets,” said marketing director Marco.

THIRTY SIX is one of a select few Sterling has acted as equity partner.

“Every time I visit the site the work re-affirms my initial reasons for partnering in the project,” said Sterling’s CEO Kosoy.

“We liked it because it was in the right place, Paradise Island, designed for the right price, units starting at a little over $700,000, ranging to a little over a million, and being built by the right company, Aristo, which has a solid track record of success.

We believe the demand is driven by all the right reasons – location, price point and quality – and will remain high.

There is no other place quite like Paradise Island and there has not been a new condominium offering on the island in more than a decade.” Although Sterling has acted as an equity partner in THIRTY SIX, its well-financed funds have backed other projects as lender, including the redevelopment of a downtown Nassau hotel recently rebranded as a Marriott Courtyard and Ocean Terraces, a major overhaul and revitalization of an abandoned project on West Bay Street with an unobstructed view of the sea.

Two bedroom residences range from $745,000 to just over $1 million and all penthouse units feature a generous roof top terrace with panoramic views of Nassau Harbour and sunrise and sunset. 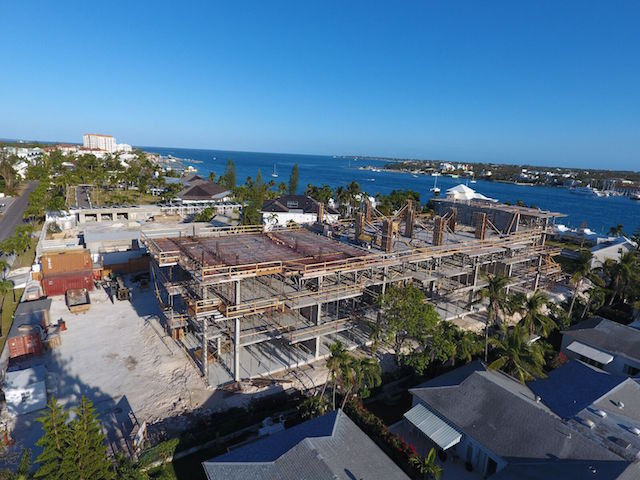