A handgun with no ammunition was discovered at the temporary location of A F. Adderly Junior High School, off Tonique Williams-Darling Highway, on Monday.
Police said two male students were taken into custody for questioning.
There were no further details.
The seizure comes in the context of debate about school violence following the recent stabbing of a student at Government High School, and injuries to two other students during a campus brawl.
Police also reported that a man was shot shortly after 4 p.m. yesterday on Scott Street and Hospital Lane in an unrelated incident.
The man was sitting in a vehicle when the occupants of another vehicle pulled up and shot him before speeding off.
The man was transported to hospital where he was listed in serious condition.
Police also reported the arrests of two suspects following a house break-in.
According to police, around 11 a.m. yesterday, officers received reports of a robbery in progress at a home on St. Vincent Road.
Police arrived on the scene and saw two males speeding away from the house in a Honda Fit.
A high speed chase with officers and the occupants of the vehicle ensued in the South Beach area and ended on Emanuel Way, South Beach, where the vehicle crashed into a fence.
Police said they immediately arrested the two suspects and recovered several television sets, electronics and a number of household appliances that were stolen.
Police added that the two males are suspected to be responsible for several house break-ins that occurred in southern New Providence.
Pertaining to a fire at the Nassau Street Court Complex that occurred on Monday, police have released a surveillance video of a suspect responsible for the incident.
According to police, shortly after 5 a.m. they discovered the entrance area of the court complex on fire.
Firefighters immediately extinguished the fire, which was contained to the entrance.
Police are asking for the public's assistance into the matter. 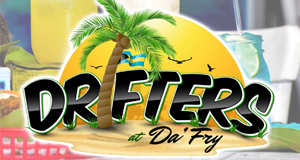