'No disrespect to PM' COMMUNITY activist Ranard Henfield, organiser of Friday’s “We March Bahamas” protest, said he meant no disrespect in refusing to meet with Prime Minister Perry Christie about protestors’ concerns, adding that his group will not relent in its push to get their demands met.

Speaking as a guest on the 96.9 FM show, The Revolution hosted by Juan McCartney, Mr. Henfield said he never had intentions to sit and meet with Mr. Christie.

He said he was of the view that the prime minister would address concerns put forth by his group in the public domain in a time frame prescribed by the group.

Last Tuesday, protest organisers issued a list of 23 non-partisan demands to the prime minister and several of his Cabinet ministers.

They also called for a public response to their letter on the steps of the House of Assembly.

Mr. Christie in a five-page statement released last Thursday stressed that he was “painfully aware” that the country had suffered tremendous setbacks, ultimately issuing an invite to the group to meet.

“I meant no disrespect in refusing to meet with the prime minister, but I think the letters on November 9 and 22 are very clear,” said Mr. Henfield.

“I did not ask to meet with the prime minister you know, the demands were clear; we want these things done to empower and enrich every Bahamian regardless of their political affiliation and we want these things done by November 25. Should you not do these things for us by November 25, should you not amend these acts of Parliament; put forth new legislation on these issues, instruct the attorney general to commence certain court actions, for the beach access for example.

“Should you not do these things, we will move to stage two, and stage two means we will move people to vote into the hundreds or in the thousands. We did that at the march on Friday, with the Parliamentary Registration (Department), that registered so many people in to the night hours that they ran out of voter’s cards,” he added.

“We said in stage two that it would be that we would create focus groups; and we had thousands of people signed up at that march to be a part of focus groups or a national think tank in which they were putting forth their suggestions on how we fix this country.”

The organisers’ refusal to meet with Mr. Christie has been described as arrogant and disappointing by some Cabinet ministers.

Yesterday, Mr. Henfield also dismissed Tall Pines MP Leslie Miller’s challenge for the community activist to run as a candidate in the next general election.

On Sunday, Mr. Miller said he would pay the activist $1,000 for every vote beyond 200 he receives if he runs in the 2017 general election.

Brushing off the challenge, Mr. Henfield told The Tribune he had no time to “squabble with a potcake.”

He said: “That is the problem with these career politicians. They want you to get down and fight in the mud with them when you offer up national advice. I would be idiotic to argue back and forth with Mr. Miller. I am here, working from the community and I will not relent until we have the best possible government in place.

“They put their egos above people. I will not make that mistake and I am not running in any election. I am not interested in his ego trip.”

Power
The activist also criticised the “gross levels” of power held by the Office of the Prime Minister (OPM), which he thinks will lead to the Bahamas’ demise if left unchecked by the people.

Urging voters to “see reality”, Mr. Henfield claimed that the OPM has, through successive governments, accrued a level of power that could border on a dictatorship if left in “the wrong hands.”

Speaking to The Tribune yesterday, Mr. Henfield said he has to “ring the alarm,” insisting that a progressive Bahamas could not be experienced under the thumb of a “power-centric government.”

“This is a message that we have to stay on, Bahamians have to see what is really at play here. There has to be concern when you have a leader that can work without any checks and balances. I mean really, who does our prime minister answer to when it comes down to his decisions?

“My references don’t just speak to the man, know this is beyond the current Prime Minister Perry Christie. This is about the office that can grant Crown land when it feels. Additionally, there are no term limits; that is the core of the issue.

“There needs to be a process where we restrict some of that power and impose a level of rule and checks and balances to that office. Unless, we will face the consequences when that office falls to someone with a warped sense of governance.”

Mr. Henfield urged the implementation of term limits for the post of prime minister and the immediate removal of the Crown land portfolio from the nation’s leader.

Moreover, Mr. Henfield recommended that the Bahamas should consider moving away from a democratic parliamentary style of governance to a republic, enabling a more shared level of power between the judiciary, legislative and executive branches of government.

Mr. Henfield said he believes it would take roughly 20 years to make the necessary constitutional and societal changes needed to be recognised as a republic, but insisted that this was a process the country of the Bahamas has to begin to move toward.

Mr. Henfield launched the Our Carmichael community outreach initiative in October of 2015.

Since its start, the group has organised a home and auto insurance programme, a job training agency, a fun day, its own senior citizens programme, a residential alarm monitoring programme with free alarm systems and its own drone crime watch. 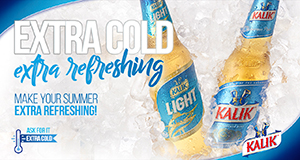