Up until a year ago Kayla Smith (name changed), mid-40s, was plagued with constipation -- for decades. She can still recall the day when she was in college and had to call her grandmother, seeking a remedy to get some sort of relief for the constipation pain that had her in tears. That was more than three decades ago. Over the years, she would go three weeks without having a bowel movement, which left her bloated and in pain.

Last year, Smith began exercising, eating healthier and upping her daily fluid intake; she now enjoys regular bowel movements. But prior to that, she was part of the country's female population that is prone to constipation, according to internal medicine and gastroenterologist Dr. E. Marcus Cooper, who heads Gastrocare Bahamas.

The doctor said there are lots of people who only have a bowel movement once a week -- and in some instances once a month for women -- during their menstrual cycle, which he said leads to the multiple complications that comes from chronic constipation.

"Women are most prone to constipation, and I would say that probably 60 percent of the female population of The Bahamas suffers with constipation, if not more," said Dr. Cooper.

He said that, for the most part, constipation in the Bahamian populace could be chalked up to poor diet; diets for most people are rich in starch and meat, and low in fiber and vegetables. Add that to a sedentary lifestyle with no exercise, and this, he said, contributes to the epidemic constipation that medical professionals see.

"Our diets are bad. Fiber is always lacking, which is why constipation is an epidemic," said Dr. Cooper.

A myth the doctor dispelled was that chronic constipation signifies that a person's body is storing toxins and that he or she is rotting on the inside.

"You cannot get poisoned from being severely constipated -- that's a myth," he said. "The body has a natural process of metabolizing, or breaking down foods, so every day you're eating, and every day your body is digesting foods, and every day it's producing waste.

"There is a normal physiological reflex called the gastrocolic reflex which means that as you eat, as you're putting food in your stomach, your colon empties a portion of itself to accommodate more food, so people think every time you eat you should have a bowel movement. That is not necessarily true, because we know that the average range of people's bowel movements are three times a day to three times a week. And the food that you eat today is not the food that you're going to be excreting if you have a bowel movement today. It's food from several days ago. So there's a normal transit of food that goes from your mouth all the way to your stomach to your colon to your anus, and it takes several days."

The normal process, according to the doctor, is that on a regular and routine basis, food is moving through the body and being eliminated, and not being held up in the colon. When the process is allowed to happen naturally, there usually aren't problems, but in some instances, women tend to suppress their normal reflex of voiding. By suppressing their normal reflext to eliminate, women can lead themselves down the road to constipation.

The doctor said it is common for many women, if they're not in the comfort of their own homes, to resist the urge to go; whereas men don't care where they go. By suppressing themselves over the years, he said, it causes the colon to not respond to the reflex; hence women develop chronic constipation, because it takes more stretching and more loading of the colon for the female to get to feel like a bowel movement is necessary.

"So besides the diet and the sedentary lifestyle, there is also this cultural influence on our bowel habits that probably has increased the amount of constipation that we see, especially in women in The Bahamas," he said.

Treatment
The doctor encourages his patients to consume a healthy diet.

"A healthy diet means you don't have to have two and three starches with every meal; that you should not avoid the vegetables, and make it the smallest of all the things present on your plate; and you should have some form of fiber with every meal -- whether cereal in the morning or oatmeal, fruits, a salad or vegetables with lunch and dinner. They need to incorporate fiber into their diet, and have an adequate amount of fluids during the day."

The result of not engaging in a healthy diet, he said, could lead to hard, constipated bowel movements, which in turn lead to complications such as hemorrhoids, fissures, colon polyps and colon cancer and chronic abdominal pain. Since changing her eating habits and engaging in exercise, Smith says she has been regular for the past year and is no longer considered constipated. She says she enjoys the four movements she now gets weekly.

The doctor said a physician would evaluate a patient and determine whether his or her constipation is either primary or secondary. If it's secondary, he said, it would only get better if the underlying cause is treated. If it's primary constipation, he said it usually requires changes and lifestyle modifications including diet and exercise. 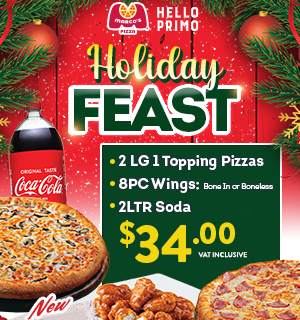