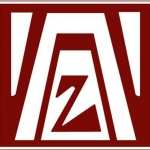 Zonta Club of New Providence (ZCNP) will once again “Paint the Town Orange” in its 2016 campaign to end violence against women and girls.

Starting November 25, the ZCNP in association with Zonta International and the United Nations and its agencies will begin a series of activities in its “Say No To Violence Campaign” to raise awareness against domestic violence.

“Zonta uses the color orange to feature a zero tolerance attitude to domestic abuse in this country and around the world,” said Marisa Mason-Smith, President of the Zonta Club of New Providence. “We want to raise awareness to eliminate and prevent all forms of violence against women and girls.”

Each year, it is estimated that more than 1,000 women and girls fall victim to domestic violence in The Bahamas. The ZCNP will take a bold stance against this through a number of activities starting on the eve of Thanksgiving.

From 3:30-5:00 p.m. on November 25, members will gather on Poinciana Drive where they will be wrapping trees in orange bows, using material in an environmentally friendly manner.

On November 26th, there will be a Human Trafficking and Gender-Based Violence Forum in conjunction with the Ministries of National Security and Foreign Affairs held at the Harry C. Moore Library at the College of The Bahamas, starting at 10 a.m.

Zontians will then kick-off its interactive sessions with the public through information distribution on November 28th from 10 a.m. to 6 p.m. at the Cost Rite building in the Town Center Mall, where an exhibit against domestic violence will be set up.

Zonta will also make presentations in the local private and public schools from Nov 27th to Dec 10th, 2015, where students will be briefed about the basics of Healthy Relationships in an efforts to stem future reports of domestic violence.

This Tribute will commence ZCNP’s 16 Days of Activism against Domestic Violence as the organization looks to reach out to the community and get more of the public involved in the cause to stop abuse. It is also in recognition of the UN’s international day for the elimination of gender based violence.

More information about the worldwide campaign is available on www.Zonta.org and the public is asked to keep a look out for all of the “Say No To Violence Campaign” activities.

ABOUT: Zonta Club is the nation’s leading organization dedicated to improving the legal, political, economic, educational, health and professional status of women at the global and local level through service and advocacy.