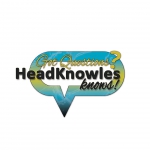 The HeadKnowles Foundation will be making a substantial hurricane relief trip on Tuesday October 6th into San Salvador with a 737 Bahamasair jet, filled with hurricane relief items. They are leading the Save Our South (SOS) initiative, powered by a group of businesses and charitable organizations coming together to provide emergency relief supplies to residents in the Southern Bahamas.

Volunteers intend to make two trips to unload an estimated 40,000lbs of relief supplies donated by thousands of Bahamians who have responded to their call to action to help their fellow man. This will be the latest in emergency relief supplies donated by the team of volunteers who have already sent barge loads of supplies to Acklins, Crooked Island, Long Island and facilitated two trips out of Abaco to Rum Cay and San Salvador.

“The outpouring of support from the public has been tremendous but so much more is still needed” said Lia Head-Rigby who has been leading the effort along with co-founder, and the ‘Knowles’ of HeadKnowles, Mrs. Gina Knowles.

Head-Rigby & Knowles began this effort within hours of the passage of Hurricane Joaquin. Their gesture of goodwill has grown so quickly and been so effective they were asked to lead the national relief efforts of the S.O.S. a group headed by the Tribune Group and various businesses. The Bahamasair sponsored flight on Tuesday is the latest collaborative effort of the group, involving the services and time of the planes and staff of the national flag carrier.

A team of volunteers will accompany the relief cargo to help offload the supplies and quickly turn around for a return flight, allowing ‪#‎HKSaveOurSouth‬ to send a second flight to the island in one day to get the 40,000 pounds of relief there.  #HKSaveOurSouth plan on making many more of these relief flights as more airports reopen in the South and the demand for fresh supplies grows.

The public is asked to continue to make donations to the various outlets including the New Oriental Cleaners Depots on Mackey St, Prince Charles, Golden Gates and Cable Beach, Island Cellular in Palmdale and Mario’s Bowling Palace and Just Ship It in the Carey Plaza on Prince Charles.