When Penial "Rat" Bain came on board with the Johnson's Lady Truckers two tears ago, he was given a mandate to get the club back to the "promised land".

The Lady Truckers won four straight New Providence Women's Basketball Association (NPWBA) championships between 2006 and 2009, but had not advanced to the finals since, much less taste victory.

All that changed Tuesday night, as the Lady Truckers celebrated a well-deserved title, their fifth in league history. "It's wonderful. Words can't explain how we feel right now.

I know for the girls it's been a long time coming, but I'm sure it's worth the wait. It feels really great, especially for the veteran girls on the team.

They are getting up there in age and wanted to retire with a championship. They worked hard for it, and they got it." The Lady Truckers knocked of the Super Value Cybot Queens on Tuesday night at the D.W. Davis Gym, 94-77, winning the best-of-five series three games to one.

There has been some talk of veteran players Ann Bullard, Glenda Gilcud, Janice Rolle and Suzette McKenzie, who came over to the Truckers from the Bommer G. Operators this year, retiring after the season, but Head Coach Bain said that is a decision that is up to them, and they are certainly welcomed back if they so desire.

"We're extremely grateful for what we got from our veteran players this year," he said. "They worked hard, and really put in the time and effort ito pull this thing off.

They did it as a team. When I came on board, the sponsor Sherman Johnson said that it's been a while since they won the title, and he wanted me to change that. I made a promise that we would get the job done, and we did it.

It's a wonderful feeling right now." The Lady Truckers actually came into the NPWBA playoffs as the number four seed from the regular season, but they didn't let that stop them from taking care of business once the playoffs got underway.

They swept aside the defending champions Career Builders Cheetahs two games to none in their opening round series, and then disposed of the Queens in four games in the championship series.

The Truckers proved that they have one of the better combinations of experienced veteran leadership and young talent in the league. It was youngster Latoya Rolle who led them in scoring and rebounds in the clincher on Tuesday night.

She powered in 25 points and pulled down a whopping 15 boards. Shantell Rolle had 23 points and five rebounds, and Janice Rolle contributed 17 points and three boards.

Vernisha Moss contributed 20 points and 14 rebounds, and Tracey Lewis added 18 points and six boards. No other player scored in double figures for them. The Queens were behind 15-13 after the first quarter, trailed 43-32 at the half, and were down 64-54 going into the final period.

The Queens, who stunned the Bommer G. Operators in their opening round semi-final series, were without starting point guard Taneil Poitier in the finals against the Lady Truckers, and they didn't appear to be the same team that ransacked the Operators. 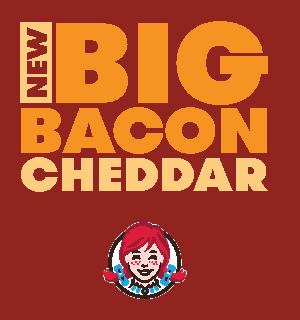