Who's protecting the consumer - pt. 4

In the first three parts of this series, we noted that many modern societies have established laws and organizations that are designed to protect the rights of consumers, to ensure fair trade and competition in an orderly economic environment and to provide for the dissemination of accurate consumer information in the marketplace.

After our first article, we received several email comments which inspired us to expand this series on two topics. The first was the risk of airline hackers who offer their services to the public without the appropriate authorization, training and insurance to protect consumers. The second subsequent article that we were inspired to write addresses consumer protection that is needed by the public regarding how we power the vehicles upon which we have come to rely. Therefore, this week, we would like to continue this series on the quality of automobile fuel that is sold to consumers and invite you to Consider This... Is anyone protecting consumers against tainted or substandard automobile fuel at our gas stations?

Consumer complaints
While the price of fuel is regulated, its quality is not. And therein lies the problem. An automobile executive recently observed that one of the problems that automobile owners encounter is the poor quality of fuel which is not always compatible with the newer generation engines that are found in the marketplace today. This problem is exacerbated by the absence of adequate standards for monitor fuel quality.

In newer cars, computerized engines are calibrated for high quality fuel. Consequently, when the consumer purchases a lower fuel quality, car engines have to work harder in order to optimize their performance. This arises because modern cars sense that they are burning a lower grade of fuel and cannot optimize automobile performance.

Drivers frequently experience inadequate engine power, acceleration hesitation, engine carbonizing and premature wearing of oxygen sensors as a result of low octane fuel. As a result, when drivers complain that there is a problem with their vehicles, sometimes the real problem is actually the poor quality of fuel that consumers are purchasing from gas stations.

Automobile dealers are deluged with complaints about their cars' performances, which has occasionally resulted in them refunding monies to the customer and, in some cases, dealers are even required to have the factory rewrite computer programs in order to enable vehicles they sell to adapt to the lower quality fuels that are sold here. Some dealers have contacted the local fuel companies, most of whom deny that there is a problem with the fuel, although some companies do say that poor fuel product is due to the old gas tanks in the ground, which eventually erode or even collect sediment, contaminating the fuel.

We contacted several fuel wholesalers and distributors to obtain an understanding of the challenges that they face. Without exception, the wholesalers confirmed that they heavily relied on the certificate of quality which is obtained from the fuel suppliers when the product is shipped.

Monitoring fuel equipment
There are several other important issues that must be addressed regarding fuel sales and the consumer. There is a valid concern because it is possible for gas stations to tamper with their fuel gauges. Consequently, consumers have no way of knowing whether fuel gauges are properly calibrated to ensure that the fuel pumps are dispensing the correct volume of fuel purchased. Hence the important question is: Who independently checks gas pump gauges? Spot-checks on fuel gauges should be periodically performed by the relevant government regulator, but such checks are not systematically performed.

Another concern is whether gas stations regularly change the filters in gas pumps, which could minimize the chances of purchasing tainted fuel. A systematic monitoring of pump filters could minimize the impurities from the gas that is pumped into our cars. How does the public know that gas stations are not switching the fuel from a higher grade to a lower grade product, while charging the customer at the higher rate? The gas pump from which fuel is purchased might reflect a particular octane of fuel. But how do consumers know that they are receiving the grade of fuel for which they are actually paying?

Another problem is that defective fuel could create fuel "gum" which clogs the engine's injector, resulting in the retardation of combustion, which also adversely affects the car's performance. Fuel should be periodically analyzed by independent laboratories to verify its quality. The appropriate government agency should monitor the quality of fuel that is sold to the public.

Fuel should be collected at random and regular intervals and sent to a laboratory in order to verify its quality and that it is actually the octane that it is advertised to be. This is an expensive and time-consuming exercise which is not frequently performed. Because this is not regularly done, the onus is placed on the service stations to monitor their own fuel quality.

Some fuel that is sold to Family Island consumers paints an even grimmer picture because independent service stations on many Family Islands usually source their fuel from suppliers who deliver their product on roll-on, roll-off tankers. This fuel is often not treated with the additives necessary to enhance the automobile's performance. Worse still is that family island gas is even more expensive than fuel that is available in New Providence and Grand Bahama.

Conclusion
No one can dispute that keeping our cars running - and running well - is one of the most significant expenses we have today. That is why the country urgently needs an effective Consumer Protection Agency that methodically monitors the quality of fuel sold to consumers and also checks the pump gauges to ensure that pump tampering is minimized. Hopefully, if and when a Standards Act is passed and policed, the issues with our vehicles that arise when using substandard fuel will diminish.

Until this is done, we will continue to risk purchasing fuel the quality of which will always be questionable and the result might be that we will continue to experience poor engine performance because of inadequate product oversight. Clearly, the consumer should demand of those in power that keeping Bahamians on the road - and on the road with less unnecessary expenditure - should become an immediate priority. 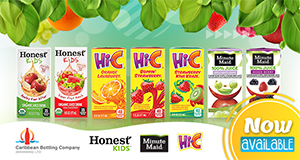