Bahamian businesses have not even made contributions for the first value-added tax (VAT) filing period and Dr. Perry Gomez says that we have to pay yet another tax for National Health Insurance (NHI). Bahamians don't want to pay another tax for Progressive Liberal Party (PLP) election propaganda. We don't even know what the government's NHI plan is. Would the prime minister please explain his vision?

We surmise that NHI is to facilitate better regulation and access to health care for all residents of The Bahamas; a wonderful vision and an important one too. Perhaps, Christie seeks to end his tenure as prime minister with an enduring legacy culminating with the gift of NHI to the people. But the details of NHI are what matter, not the vision.

Will all Bahamians be required to have NHI administered by the government, ending private sector insurance? Or is the government's plan akin to Obamacare? We don't believe so. Obamacare sought to cover those who were uninsured because they were left out of the existing health insurance system. It did not seek to replace private insurance options for a national system.

The insurance exchanges opened a new marketplace for consumers who could not previously obtain insurance. But the government is steadfast on its elusiveness to those currently with private insurance coverage. For those employed by businesses that provide medical insurance coverage, including government employees and unions, what is to happen with those plans?

Will government employees even want to move to NHI? Will private insurance cease to exist? But enough about plans, we will deal with these details later.

Let's move on to government regulation of NHI. Currently, insurance companies police the medical industry in terms of identifying fraudulent claims by unscrupulous medical practitioners. Medical fraud is vastly underestimated by the public and seemingly simple in practice. In the United States, the Federal Bureau of Investigation recovered an unprecedented $4.3 billion in FY 2013 from individuals and companies trying to defraud the medical system. The FBI has a unit dedicated to white collar health care crime.

What about white collar health crime here in The Bahamas? There has been no resolution to the discrepancies in pharmaceuticals identified in the Princess Margaret Hospital audit. Bahamians have no way to access information on doctors declined by insurance companies on suspicion of fraud. Frankly, Bahamians know far too little of the medical care industry and its regulation. Moreover, do we even know the current level of medical fraud in The Bahamas?

We cannot trust the government to be both the administrator and compliance officer; government self-regulation is an inherent conflict of interest for the Bahamian consumer. There are too many questions and far too few answers on the specifics of the government's NHI plan.

Bahamians are not willing to pay more taxes if the present government will not even pay down the national debt. Moreover, Bahamians are certainly not willing to fund a medical system ripe for fraud. This government has nothing to show for VAT except an increased financial burden to the Bahamian people. We will not tolerate more of the same. 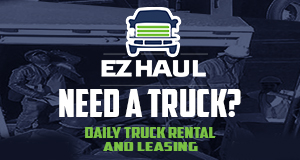