Reno Armbrister spent most of his twenties looking for a career, but instead all he found were seasonal jobs.

Unable to find steady work, the 28-year-old spent several seasons as a fisherman, worked a few stints in construction and tried his hand at the car and scooter rental business, among other odd jobs.

A proverbial jack-of-all-trades, Mr Armbrister still went unemployed for months at a time.

Until recently, the father of three boys - all under the age of five - was one of the 18.6 percent of unemployed persons living in Grand Bahama.

"Finding a job in Freeport is really hard. There's not much employment [available]," said Mr Armbrister. "When the opportunity came to learn a new skill I jumped on it right away."

The opportunity he spoke of was a temporary job opening with Caribbean Pavement Solutions (CPS).

Last November, Atario Mitchell, the president of the Nassau-based company was in Grand Bahama to resurface the parking lot of Freeport's Sea Horse Plaza. He needed one more worker.

"I went out there early one morning. I waited for the guys to come to work and I asked them about the job," recalled Mr Armbrister, who, at the time, had been unemployed since September. "They gave me a shirt and I was hired."

At the time, he knew nothing about pavement maintenance.

Other sealers on the market simply coat a pavement. They tend to rest on the top of pavements and eventually flake or peel off.

According to laboratory tests, RejuvaSeal reverses the ageing process by penetrating the asphalt or sand-sealed pavement and restoring the coal tar binder. Essentially, it extends a pavement's life-span.

"I learned everything about RejuvaSeal. They trained me on the job about how it works, how to apply it and how to use the equipment," said Mr Armbrister whose work ethics and upbeat personality impressed the paving company's president.

When the three-week job was completed Mr Mitchell offered his new trainee work on the company's next project, a five-week job for the Ministry of Grand Bahama.

The rest, as they say, is history. After he relocated to the capital, the company made Mr Armbrister's temporary job, a permanent one.

With the new hire, the new company has a total of six, young, male employees. Bahamas Striping has another seven men employed. The companies share office space and has an office staff of three, making for a total of 16 workers.

"Investing in people and my country are a part of my company's core values," Mr Mitchell shared recently. "In paving maintenance, we have to look beyond the surface and that's what we did with Reno. He came looking for a job and we provided him with a career."

Noting that inner city men with few marketable skills and limited education often go overlooked when it comes to employment opportunities, Mr Mitchell said as his company grows he will continue to employ marginalized young men.

"Having a career is security. It helps you to build certain skills and qualities. It gives you something you can depend on. You can provide for your family and do what you suppose to do," said Mr Armbrister who urges other young men to persevere in their job search. "Keep on keeping on. Nothing good comes easy. If you really want to find a job you have to keep pushing, keep looking. I've been bouncing around trying to find steady employment. I did what I had to do to survive rather than just going out on the streets and doing something negative. I just stuck with it, kept the faith and it paid off." 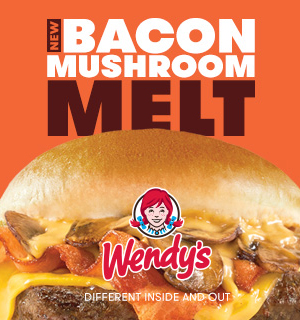