While he stopped short of recommending that the government scrap the implementation of value-added tax (VAT) altogether, Opposition Deputy Leader Peter Turnquest said the Christie administration should reconsider imposing the tax on key services such as electricity and insurance.
He also criticized the timing of the introduction of VAT.
He said it is "unfortunate" that the government will introduce it on January 1, arguing that business owners would be distracted by the intricacies that come along with readying their businesses for the imposition of VAT at a time when they should be concentrating on sales.
However, the government's tax consultant Don Brash said January is the ideal time for VAT to be implemented as it will likely drive more people to stores during the Christmas season.
The Guardian spoke to Turnquest and Brash in separate interviews recently.
Turnquest said the government chose the most "difficult time" to implement VAT.
"I will not say they ought to scrap it altogether," he said. "What I will say though is it the most unfortunate time of the year.
"And being in business myself it is the most difficult time of the year to talk about focusing on trying to get your business ready for VAT on January 1.
"For a lot of businesses, the Christmas period is the most lucrative time of the year. And a lot of us depend on the revenue that you generate to carry you through the first quarter.
"If you don't make it now then you're in trouble come the first quarter. So for us to have to take our eye off that to focus on getting ready for VAT, I think is very inconsiderate and ill-timed."
But Brash, who was not responding directly to Turnquest, said he "doesn't understand the problem at all".
"Retailers want big sales in December. What better way of getting big sales in December than to tell consumers that prices may be going up on January 1. I don't understand it," said Brash.
He said VAT is a very simple tax for retailers.
"Everything they sell is taxable and everything they buy is taxable," he said. "Calculating the tax they give the government should be very simple. It should take minutes to calculate, not hours."
Meantime, Turnquest said gasoline and electricity costs are already high enough. He said the addition of VAT on those bills will disproportionately impact poor Bahamians.
"I do think [the government] should rethink VAT on BEC and gasoline, however, particularly BEC," he said.
"Also on insurance. Although that fight is to come, it will serve as a disincentive for companies to provide medical insurance leading to more dependence on the public system and a more unhealthy people as well as on car and home coverage leading to greater loss of investments and some being unqualified to even apply for mortgages."
Brash told The Guardian previously that there should be few exemptions.
He added that the government is mostly prepared for the introduction of VAT.
While acknowledging that there's still some more work to do, Brash said the most important things to make the implementation a success have been done already.
VAT will be implemented at a rate of 7.5 percent. 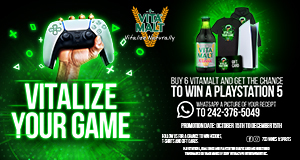 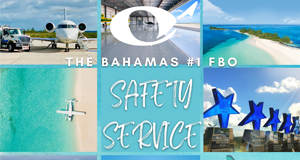