A convicted killer got a new lease on life during a resentencing hearing yesterday.
Senior Justice Jon Isaacs ordered former death row inmate Dominique Moss, who killed Samantha Forbes on October 16, 1999, released from custody.
Forbes was last seen alive when she left the Ruby Swiss Restaurant with Moss and his co-accused, Keith Lotmore.
The 19-year-old woman was found with her throat slit on the Emerald Beach Golf Course in South Bahamia, Grand Bahama.
Moss was initially sentenced to death when he was convicted of Forbes' murder in April 2004. However, his conviction was substituted with one of manslaughter on appeal later that year because the trial judge failed to direct the jury about Moss' drunkenness at the time the crime was committed.
Because he was intoxicated, Moss could not form the required intention to kill to support a murder conviction.
The appellate court sentenced Moss to 25 years imprisonment for the crime and confirmed the manslaughter conviction of Lotmore and his sentence of six years.
Last year, the Privy Council ordered Moss resentenced because the appellate court did not hear arguments in mitigation before imposing the sentence of 25 years. Moss' lawyer also argued that the sentence was manifestly excessive since his co-accused Keith Lotmore only received six years for manslaughter.
At yesterday's sentencing, Moss' lawyer Sonia Timothy pointed out the disparity in sentencing for Moss and his co-accused. Timothy noted that Moss had no other convictions, while Lotmore had a blemished criminal record at the time of sentencing.
After hearing arguments, Isaacs sentenced Moss to 10 years and one month with effect from the date of conviction on April 7, 2004. The sentence amounted to time served. 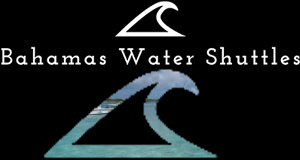