A woman is suing the famous Atlantis Resort in the Bahamas over horrific bites she says she got from a bed bug swarm, and she has creepy crawly video to back it up...

"It's the second Saturday
of 2017...already! Do a
quick hood check today of the
basic fluids; motor oil, coolant
power steering, transmission and brake.
fluids. Top up if you need to.
We're open until 1pm today.

"Head on to Bay Street
Garage-whether it's for
servicing, parts, accessories
or 'Castrol' lubricants...
extend the life of your
vehicle's engine!"

"Turn your steering wheels
to 'Castrol'...
serving The Bahamas'
engines for well over
50 years!" 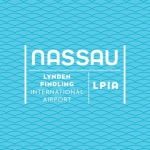 Car runs into BahamasLocal.com and crashes

In a whirl wind of event, a 'rental buggy'r run into the office building of BahamasLocal.com...

BPL customers residing in Sandyport, Delaporte and some areas of Cable Beach are currently experiencing generation challenges due to a cable fault. Our crews are currently working diligently on repairing the lines...

The 3rd Annual Popeyes Bahamas Bowl featuring, Eastern Michigan versus Old Dominion, got of to a great start with the kick-off starting at 1pm today...

Reports of a St. John's College bus flipping over in Cable Beach...

Sunshine Insurance tips for filing an insurance claim after the storm

To view consumer tips for filing a claim after the storm...

BPL has now restored power to the following area...

Customers are reminded that if supply has been restored to your area and you are experiencing challenges with your individual service, you should contact 302-1800 or 323-5561...

BahamasLocal.com backs Bahamians on their journey to wellness

As they say, BahamasLocal.com knows everything... and in truth BahamasLocal.com seeks to provide the Bahamian market with all the information needed to live a productive, convenient, educated, and entertaining lifestyle... 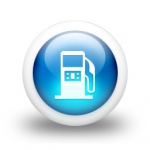