Charles Dickens' timeless tale of an old miser who must face Ghosts of Christmas Past, Present and Yet-to-Come, as they help to bring kindness to his otherwise cold heart. The Ghosts remind him of the man he used to be, the hard truth of what the world is today, and what will happen if he does not strive to be a better man. Set around Christmas, the most joyous day of the year, Scrooge realizes the sharp contrast of his own personality.

Jim Carrey plays four separate roles in this updated version of A Christmas Carol. Carrey portrays Scrooge, as well as the three ghosts (Past, Present, and Yet-to-Come). His dynamic character roles keep the four characters as diverse as being played by four actors.

Robert Zemeckis (Back to the Future trilogy) has his chance to dabble in telling a story through the windows of time, as he directs the long-awaited remake 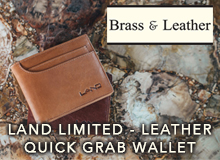