University of Central Florida VS College of Charleston

University of Central Florida VS College of Charleston

one-of-a kind tournament that features top names in collegiate basketball, will make its inaugural debut November 23-27, 2011 at Atlantis!
Join your favorite team for this marquee pre-season event as they make final preparations for the 2012 season. All 8 teams will play 3 games over 3 days during this bracket style tournament with hopes of being crowned the 2011 Battle 4 Atlantis Champions!

Eight teams will participate in the inaugural Battle 4 Atlantis on November 24 - 26, 2011 during the richest Division I Mens pre-season college basketball tournament, which will award over $2 million to participating teams annually.

PARKING: Complimentary valet parking will be provided at the Coral Towers.

CREDENTIALS: Credentials will be needed to attend the events and must be collected prior to Game Day. 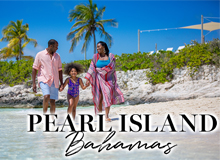