Born into a musical family, raised in the beautiful islands of The Bahamas and currently based between Nassau, Bahamas and Los Angeles, California, Selah Poitier is fiercely creating her own path. The only Bahamian woman upright Bassist, Poitier has received praises for her musical proficiency, unique artistry, infectious singing voice, and rapping skills, from Grammy Award-Winning Artist India Arie, Dianne Reeves and five-time Grammy Award-Winning record producer/engineer Brian Vibberts.

Most notably, Selah has been invited to perform a variety of styles and original music live at the Prestigious Martha's Vineyard where past U.S. Presidents frequent in Massachusetts along with her band. In the Fall of 2017, Selah was given the opportunity to be the opening act for Funk Legends and Rock & Roll Hall of Famers George Clinton and the Parliament Funkadelic at the Village Fest in Everett, Massachusetts; there she performed her original music for nearly 10,000 people who all gave her rave reviews from audiences to festival organizers alike.

Additionally, Selah has performed at the World Renowned NRG Premium recording studios in North Hollywood, California during their "on Air" series and was a featured Artist in NRG's September issue magazine along with Grammy-Award winning Bassist, Composer & Vocalist Esperanza Spalding.

THIS FALL 2018, Selah Poitier was one of the dynamic women and bandleaders that represented diversity by performing at the 13th International Annual FALL Joshua Tree Music Festival in California October 6th.

Next stop, the Studio Cafe! 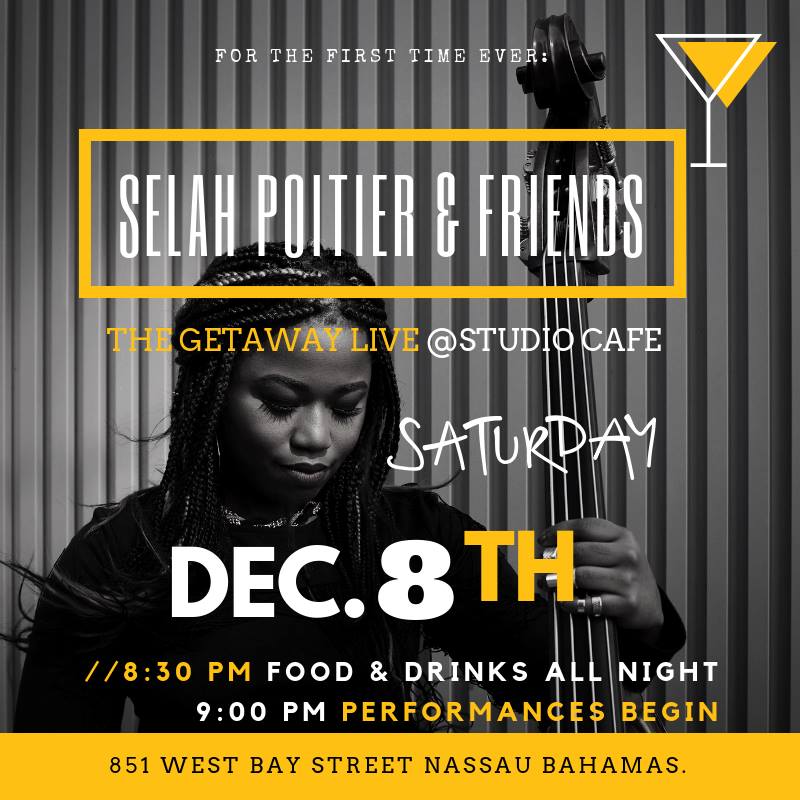