Changing of the Guard

A tradition since 1958, the Changing of the Guard ceremony features the world-renowned Royal Bahamas Police Force Marching Band and Royal Bahamas Defense Force Guards. The groups march from the police force headquarters on East Street to Government House, with the Police Band playing along the way. They perform a marching display and precision drills on arrival just before a member of the new guard replaces a member of the old guard. When this is done, the old guard marches back to the police headquarters leaving the new guard in position.

The ceremony is held on the second Friday of each month throughout the year, and is free of charge.

Fun Facts:
The ceremony hoPolice Force Band at Changing of The Guardnors Her Majesty Queen Elizabeth II.
The original Director of Music for the Royal Bahamas Police Force Band, Dennis Morgan, trained at Buckingham Palace in 1958.
The Royal Bahamas Defense Force officially became a part of the historic ceremony in 1990, as they took over the duties from the Police as Security Guards at Government House.
In 2015, the first female Officer of the Guard was featured  Natasha Walton. 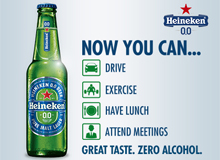